Further reduction of CO2 emissions, with the current structure of (low emission) fuels, will be made possible through enhancement of the energy management system in accordance with the ISO 50001 standard. 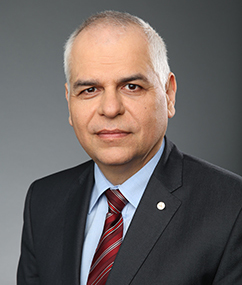 Through continuous effort to mitigate our environmental footprint, implementation of solutions reducing energy consumption, cooperation with academic centres, open dialogue with all groups of stakeholders and other initiatives described above, we have been fulfilling the obligations resulting from the Declaration of Polish Businesses for Sustainable Development we signed three years ago, as well as the adopted United Nations Global Compact principles of preventive approach to the natural environment, undertaking initiatives aimed to promote eco-responsibility, and application and dissemination of environmentally friendly technologies.

In the fourth year of implementation of our current business strategy and the accompanying CSR strategy, we proved that mitigating environmental risks and seeking ways to minimise environmental impacts never cease to be our major goals.

In 2014, the last, fourth boiler in our CHP plant was upgraded, which means that now all the boilers of Grupa LOTOS are adapted to burning natural gas − the fuel which generates the least pollution.

The switchover to natural gas as a source of energy and a feedstock in the production of hydrogen has enabled us to considerably reduce emissions from our production units and CHP plant and cut carbon dioxide emissions, expressed in kg CO2/CWT (complexity weighted tonne), relative to previous years. The right type of fuel and appropriate solutions have driven our performance to a level higher than the target set under the strategic objective of carbon emissions reduction (actual emission at 30.0 kg CO2/CWT against the target of 33.6 CO2/CWT).

Further reduction of CO2 emissions, with the current structure of (low emission) fuels, will be made possible through enhancement of the energy management system in accordance with the ISO 50001 standard.

For this purpose, we have appointed the Energy Efficiency Team, whose responsibilities will include implementation of two closely related environmental objectives: improvement of energy efficiency of the interplant pipeline steam heating system (to be achieved in 2015) and reduction of primary energy consumption at the Grupa LOTOS refinery − analysis of energy efficiency of the plant and equipment, with a special focus on some of the older process furnaces and their possible replacement (to be achieved, possibly, by 2019).

We continue promoting awareness of best environmental practices and standards among all LOTOS Group employees as well as local communities. One of the initiatives worth mentioning here is the voluntary comprehensive environmental survey carried out in the area of operation of Grupa LOTOS (the refinery, 2.5 km2 and its surroundings (ca. 12.1 km2) as well as the surroundings of the raw water retention reservoir, located ca. 2.5 km from the refinery (area of 2.4 km2). The product of the survey was a report detailing all the identified fungi, lichen, plant and animal species, with a particular focus on species or natural habitats protected by Polish and EU laws. The environmental survey performed voluntarily and on such a large scale was one of the first such projects to be completed in Poland.

Apart from many trips for secondary school and university students, we organized a series of lectures and seminars at the Faculty of Chemistry of the Gdańsk University of Technology, during which environmental protection experts discussed a number of environmental aspects of the refinery’s operation, including the legal requirements and the actual security measures taken to protect the environment from negative impacts of our operation and enabling us to fulfil, by a wide margin, the requirements of the environmental license (integrated permit).

Grupa LOTOS was the first company in the Gdańsk Province to fulfil one of the new obligations on protection of soil and underground water, imposed on the operators of IPPC installations by the Industrial Emissions Directive (Directive 2010/75/EU of the European Parliament and of the Council of November 14th 2010) and by new Polish legislation − Act of July 21st 2014 on amendment of the Environment Protection Law and certain other acts. The IED Directive and the aforementioned Polish legislation imposed a new requirement that an application for an integrated permit or amendment of an existing integrated permit must be accompanied by a baseline report containing information on contamination of the soil and water environment with hazardous substances. In December 2014, the Company applied for amendment of the integrated permit regulating its operations and submitted a baseline report, as an integral part of the application, to the Marshall Office. As of the effective date of the new requirement, no integrated permit may be issued if the baseline report is not provided. The amendment was required following extension of the infrastructure for unloading rail cars, construction of a hydrogen recovery unit, changes in the types and volumes of emissions from one of the emission sources, and changes in land plot boundaries and numbers caused by new investment projects carried out on the refinery’s premises. In January 2015, the Marshall Office issued a decision amending the existing integrated permit.