Corporate governance strengthens the credibility of Grupa LOTOS as an entity listed on the WSE’s regulated market, which enhances the competitive position of the entire LOTOS Group. We make every effort to ensure that our disclosure policy is compliant with best practices and supports the objectives of corporate governance principles, i.e. transparency of the Company’s operations as a listed company, trust in stakeholder relations, and consistency in creating value for shareholders.

From its stock market debut in June 2005, Grupa LOTOS adhered to most of the recommendations set out in the document ‘Best Practices for Public Companies 2005’. Then, since 2008, it has followed the ‘Code of Best Practice for WSE Listed Companies’, as amended by the WSE’s Supervisory Board in its Resolutions of October 19th 2011 and November 21st 2012, the current version of which has been in force since the beginning of 2013.

In line with the relevant disclosure requirements, we report instances of incidental or permanent non-compliance with corporate governance rules. The reports are published through the Electronic Information Base (EBI), similarly to current reports, and released in two languages on the Company’s investor relations website.

Our relations with investors and stakeholders are forged and fostered based on equality and dialogue, in a manner satisfactory to both parties. We review and gradually introduce new investor relation tools, continually improve the content and form of communications, and use a broad range of IR tools, including mailing, newsletters, webcasts, participation in conferences for institutional and individual shareholders and brokers, conference calls, one-on-one meetings, open-house days for analysts and investors, and inclusion in the RESPECT Index.

In 2014, the Investor Relations Team supported the Company’s Board in organizing meetings with investors and maintaining regular contact with capital market participants. In the second half of the year, the Team coordinated work on the Series D shares issue project.

In addition, Grupa LOTOS operates an investor relations website. This bilingual (Polish-English) service is updated on an ongoing basis to provide foreign investors and analysts with equal access to information. The website contains information and tools grouped into four thematic blocks:

In 2014, Grupa LOTOS did not publish any reports on instances of non-compliance with obligatory corporate governance rules.

Corporate governance is about promoting integrity, responsibility and transparency in the relations between company owners and management staff to ensure shareholder control over the way in which their invested capital is used. 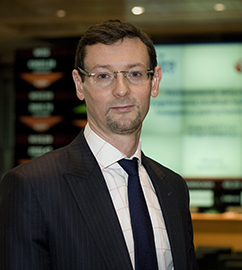 By making our disclosure policy and investor relations compliant with corporate governance principles, we declare that as a listed company we care about mutually satisfying communication with investors in the spirit of partnership. The key objectives of corporate governance at Grupa LOTOS are to guarantee the transparency of its operations as a listed company, build trust in its relations with Stakeholders, ensure openness and consistent building of value for Shareholders.

We make a conscious effort to apply corporate governance standards defined in the Code of Best Practice for WSE Listed Companies, which represents a valuable tool for building trust by raising the Company’s credibility in the eyes of capital market participants. Adherence to the Code not only significantly improves our competitiveness, but also helps us raise capital for investments, as evidenced by the success of Grupa LOTOS public share offering.

As regards investor relations, we focus on maintaining high reporting standards. In practice, this means we seek to reach the widest group of Stakeholders. We take part in large events, such as the Polish Capital Market conference organized by the PKO BP brokerage house in London, where we present Grupa LOTOS to investment banks. At the same time, we also reach out to retail investors, for instance by attending the Wall Street conference of the Polish Association of Retail Investors (PARI), held annually in Karpacz.

We make every effort to present to investors an accurate, reliable and clear picture of the Company’s operations, strategy and financial standing, taking into account the principles of commitment, availability and equal treatment of all investors. We give no preference to large financial institutions, as evidenced by the fact that we refrained from disclosing our financial performance forecasts during one-on-one meetings or in the course of the roadshow promoting Grupa LOTOS new shares, which took place in November.

We think of investor relations as an effort to build proper understanding of the LOTOS Group’s 'equity story' on the capital market by explaining the Board’s strategies and defining the path towards its strategic objectives. This assumption is the basis for all our corporate materials, which are made freely available on the Company’s investor relations website. Feel free to visit the ‘Investors’ section, where you can find releases and tools useful to investors big and small, including presentations from industry conferences attended by representatives of the Grupa LOTOS Board. We also publish newsletters for financial analysts and excel files facilitating work on our operating and financial data.

With retail investors accounting for fifteen percent or so of the total trading volume on the WSE, we have expanded the scope of our cooperation with the Polish Association of Retail Investors by launching diverse channels of communication with retail investors (including online chats with Vice-President M. Machajewski following release of the LOTOS Group’s Q4 2014 results).

In the second half of 2014, we were working on the issue of Series D shares to raise nearly PLN 1bn for strategic investments. The Grupa LOTOS share issue was an unqualified success, and knowing that it was driven by the trust in the Company Board’s investment plans we have helped foster makes us all the more proud.

Ever since November 19th 2009, Grupa LOTOS has been a constituent of the WSE’s RESPECT Index of socially responsible companies, which demonstrates the Company’s adherence to high reporting standards. On December 18th 2014, Grupa LOTOS was included in the RESPECT Index, currently composed of 24 companies, for the eighth consecutive time.

Mechanisms have been put in place to enable shareholders and employees to submit their proposals and comments directly to corporate bodies responsible for supervising the organization’s management. They are discussed in detail in the Grupa LOTOS Articles of Association and Rules of Procedure for the General Meeting (compliant with the Commercial Companies Code), which define the rules of participation in the General Meeting and exercising the voting rights by shareholders, the procedure for convening and cancelling a General Meeting, and for opening and holding its proceedings.

In line with these guidelines, shareholders have the right to influence decisions on the Company’s operations and hold to account its management and supervisory bodies.

Along with the right to participate in the General Meeting, shareholders are also granted the right to:

Shareholders representing at least 1/20 of the Company’s share capital may also request that an Extraordinary General Meeting be convened and that certain items be placed on its agenda.

In addition to those provided for in applicable laws, the ‘Code of Best Practice for WSE Listed Companies’ also defines mechanisms designed to improve investor communications and enhance protection of shareholder rights, including in areas not regulated by law.

During the Meeting, Mr B. Kamola, a retail shareholder, exercised his right to take the floor. His proposals and comments concerned the Company’s operations, in particular financial matters, exploration and production, marketing in the context the Company’s presence on the domestic retail fuel market, as well as effectiveness of its maritime logistics restructuring. Questions raised by the shareholder along with answers provided by the Board have been posted on the Company website. Mr Kamola also exercised his right to object to the General Meeting’s resolution concerning approval of the Directors’ Report on the operations of Grupa LOTOS in 2013.

The Extraordinary General Meeting of September 8th 2014 resolved to increase the Company’s share capital by way of issue of new shares; the increase was registered by the Court on January 9th 2015.

The Extraordinary General Meeting of November 25th 2014 approved the disposal of perpetual usufruct right to land to LOTOS Asfalt and disposal of an organised part of business of Grupa LOTOS in the form of a fuel depot in Poznań.

Previous page:Improvement of the organization
Next page:The Supervisory Board