Letter from the Chairman of the Supervisory Board 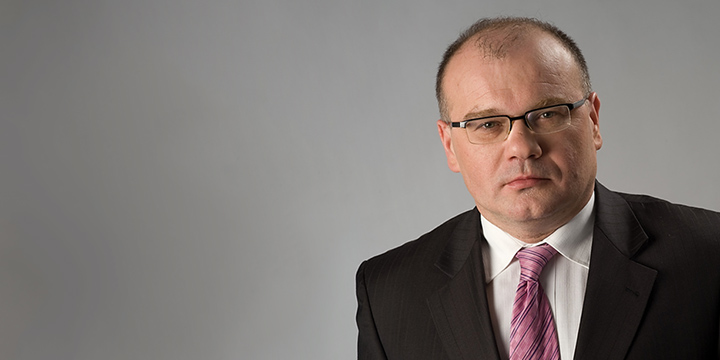 Wiesław Skwarko - Chairman of the Supervisory Board

It is with immense satisfaction that we present the 2014 Integrated Annual Report of Grupa LOTOS. It confirms the right choices we have made for the Company’s development, but first and foremost, it proves the managerial skills and high competence of its Board members.

In 2014, the most important project of key significance to the Company’s further development was its Secondary Public Offering (SPO). Immaculately prepared and carried out, it turned out to be a spectacular success putting Grupa LOTOS ahead of other companies which have launched an SPO on the capital market in recent years. The State Treasury, Grupa LOTOS’ majority shareholder, subscribed for all new shares it was entitled to, as did other shareholders. As a result, the reduction rate for additional orders was 98.33%. Having raised considerable funds in the challenging market environment and having won the trust of shareholders for new investment projects, the Board demonstrated its responsibility for the Company not only in the short term, but also in the long-term perspective. The issue proceeds will be applied towards financing of the EFRA Project (i.e. construction of a delayed coking unit with auxiliary infrastructure) and towards development of the B4/B6 gas fields in the Baltic Sea. These projects will be the drivers of shareholder value creation, strengthening the Company’s competitive edge in the coming years.

The Company’s transparency, accountability and effectiveness in all areas of operation are of utmost importance to its shareholders. Therefore, in 2014 LOTOS continued to work on projects under its Corporate Social Responsibility (CSR) strategy, but also effectively supported initiatives aimed to improve the living conditions of local communities and protect the natural environment. Once again, the Company won the recognition of its stakeholders, and its outreach initiatives were held up as a model of corporate citizenship of the 21st century.

Looking back from the vantage point of 2015, it is clear that 2014 was a year spent wisely and diligently on building solid foundations for further growth of the entire LOTOS Group. The organization’s strategy for the next five years will be communicated to the shareholders and capital market in the second half of 2015. Therefore, congratulations are owed to everyone who contributed to the success of LOTOS in the previous year, when foundations were laid for a new and exciting stage of the Company’s development. Words of appreciation go to the Grupa LOTOS Board for taking the Company through a challenging period, and to all employees, whose commitment was one of the forces strengthening the position of LOTOS among the leaders of Poland’s economy.

Wiesław Skwarko
Chairman of the Supervisory Board
Grupa LOTOS

Previous page:Key data 2014
Next page:Letter from the President of the Board