On this page:
Operations in 2014
Research and development

In 2014, Grupa LOTOS continued work to optimise the use of its refining assets. In the refining business, the key challenge is to adjust operations to the current levels of demand and margins prevailing on the market, while keeping operating expenses in check. 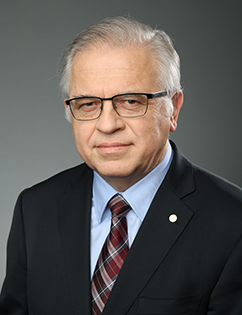 Given that cost of energy represents the largest item in the refinery’s total operating costs, it required a particularly close analysis.

As natural gas prices did not reflect the rapid declines in the price of raw materials and refining products seen in the second half of 2014, active steps were taken in that period to minimise the consumption of natural gas for power generation and hydrogen production purposes. Although gas could not be abandoned completely for contractual reasons, the flexibility in using contracted capacities was fully utilised.

The Company also took steps to further optimise operations of its key refining units. They included higher utilisation of the new crude oil distillation facility, which offers much better performance in terms of energy efficiency than the old crude oil distillation unit. In 2014, a test run was performed, which officially confirmed that the new facility was able to process 585 tonnes of crude oil per hour, without any negative impact on product quality or mechanical integrity. This means that approximately 114% of the nominal processing capacity was reached. As a consequence, by making maximum use of the new oil distillation facility, energy consumption per tonne of crude oil processed by LOTOS was successfully reduced.

To fully leverage the benefits offered by the successful completion of the 10+ Programme, the LOTOS Group planned a number of investment projects. Currently, it is in the final stages of preparation for the construction of a delayed coking unit (DCU) at the Gdańsk refinery, which will directly enhance processing efficiency by discontinuing production of unprofitable heavy fuel oil. Following the project’s completion, the annual output of high-margin products will grow by 900 thousand tonnes, and Grupa LOTOS will start manufacturing a new product, coking coal, in annual quantities of approximately 400 thousand tonnes. The DCU is planned to be brought on stream in H1 2018. The Company estimates that the launch of the DCU will add over 2 USD/bbl to its refining margin thanks to increased depth of crude processing and the resultant improved yield structure as well as synergies between the DCU unit and the upgraded and extended refinery.

An important project completed in 2014 was the construction of the Oil Unloading Railway Terminal. In December 2014, the terminal was successfully tested and received final acceptance, which will enable the Grupa LOTOS refinery to process crude transported by rail. The first batch of Polish oil, supplied by PGNiG, was delivered in the same month.

By the end of 2016, Grupa LOTOS also intends to complete a Hydrogen Recovery Unit (HRU). The HRU is designed to increase the output of hydrogen required to intensify the operation of hydro-conversion units, further expanding the refining margin.

In 2014, Grupa LOTOS’ total capital expenditure in the processing segment, including on the EFRA Project, was PLN 80.25m.

We also completed investigatory work on the Additional Stage of the Feasibility Study for the petrochemical complex. Analyses were carried out to optimise the Project’s configuration and product and feedstock slates, which improved its profitability. The positive results of the study were approved by the Steering Committee in December 2014. The project is profitable and has high NPV and IRR, making it attractive to investors and the banking sector.

The difficult situation on the oil market, a slump in petrochemical product prices in 2014, and price changes resulting from the shale revolution in the US, mean that the project partners need to first verify their strategic objectives and plans, and adjust them to market conditions.

Given the project’s capex and the possibilities of obtaining the required financing by the project partners, it may be necessary to seek additional partners.

In 2015, Grupa LOTOS will continue to work on a concept for the application of naphtha in the manufacturing of high-margin products.

2014 was yet another record year for the Grupa LOTOS refinery in Gdańsk, which processed 9.55 million tonnes of crude oil. The refinery’s capacity utilisation rate thus increased to 94.2%, which was largely an effect of high refining margins seen in the second half of the year.

As in previous years, the main type of crude processed was Russian REBCO, whose share in the total volume was close to 92.5% and was higher than in previous years. The increase was largely attributable to the Urals/Brent differential remaining at favourable levels for the most part of 2014.

Crude oil imported by sea, including over 220 thousand tonnes supplied by LOTOS Petrobaltic, accounted for the balance of the crude feed. The choice of crudes for processing was motivated by the production optimisation process, aimed at taking advantage of opportunities for increasing the refinery’s processing margins.

The structure of finished goods is driven by pricing levels on the market and demand for individual products. Production of aviation fuel, a product whose prices were particularly favourable in 2014, increased visibly relative to previous years, while less bitumen was manufactured due to declining domestic demand. As a result, the refinery had to sell most of its heavy fuel oil stocks.

In terms of research and development, the LOTOS Group concentrates primarily on projects geared towards improving its refinery’s efficiency and developing technologies for manufacturing special products, which will ensure higher margins on the processing of crude oil, upgrade of existing products and development of innovative products. We also carry out innovative projects involving implementation of advanced techniques for controlling technological units and conduct research related to the development of the upstream segment. 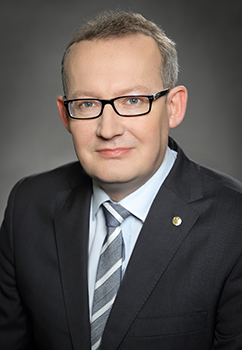 In 2014, in Grupa LOTOS research focused on developing niche product technologies which − given their advanced applications − can generate higher margins than mass products. In particular, steps were taken to develop technologies for manufacturing low-sulfur Group II oil bases and high-purity organic solvents.

Especially one new group of products is noteworthy in the LOTOS Group − Warm Mix Asphalts, or WMAs, used in road surface construction. WMAs are manufactured and laid down at lower temperatures, which represents a vital advantage producing measurable financial and environmental benefits. In addition, these asphalts can be successfully applied in adverse climates.

Search for and implementation of new technological solutions and product innovations benefit greatly from cooperation with research and development institutions. Grupa LOTOS has cooperated with key academic centres and industry organizations for many years.

2014 also marked the beginning of projects carried out in large consortia between partners representing science and industry. Grupa LOTOS executed a partnership agreement for the construction of a hydrogen generation and storage unit using renewable energy sources (RES), which was qualified to receive co-financing from the National Centre for Research and Development. We also have ambitious plans to secure funding under the new EU Financial Framework for 2015-2020. LOTOS Group companies are active members of consortia developing the regional and national Smart Specialisation network. As a result of our efforts, on April 9th 2015 the Local Government of the Gdańsk Province recommended that ‘Eco-efficient technologies in production, transmission, distribution and consumption of energy and fuels’ be one of the region’s four specialisations. In my opinion, this decision represents a vital step towards transformation of our ideas into innovative solutions for the energy segment, and is a great achievement for both the Company and its local partners.

In 2014, Grupa LOTOS and a number of other parties entered into an agreement on the HESTOR project. The project was submitted by a research and industry consortium to the GEKON (Generator of Ecological Concepts) programme and was qualified to receive co-financing from the National Centre for Research and Development. The consortium includes Grupa LOTOS and GAZ SYSTEM as industry partners as well as AGH University of Science and Technology of Kraków, Ośrodek Badawczo-Rozwojowy Górnictwa Surowców Chemicznych CHEMKOP, the Silesian University of Technology, and the Warsaw University of Technology as research partners. The purpose of the HESTOR project is to assess the viability of storing hydrogen generated using renewable energy sources (RES) in salt caverns and its further use for power-generation or industrial process purposes. An important task will be to perform an economic viability analysis of the project.

The project provides for the production of hydrogen through electrolysis of water with the use of surplus electricity generated by wind farms and solar power plants (RES). Hydrogen produced in that way and stored in salt caverns would be used (thereby enhancing energy efficiency) in:

In 2014, development work was also carried out on oil products manufactured by LOTOS Oil. The most important lubricant-related R&D activities included: